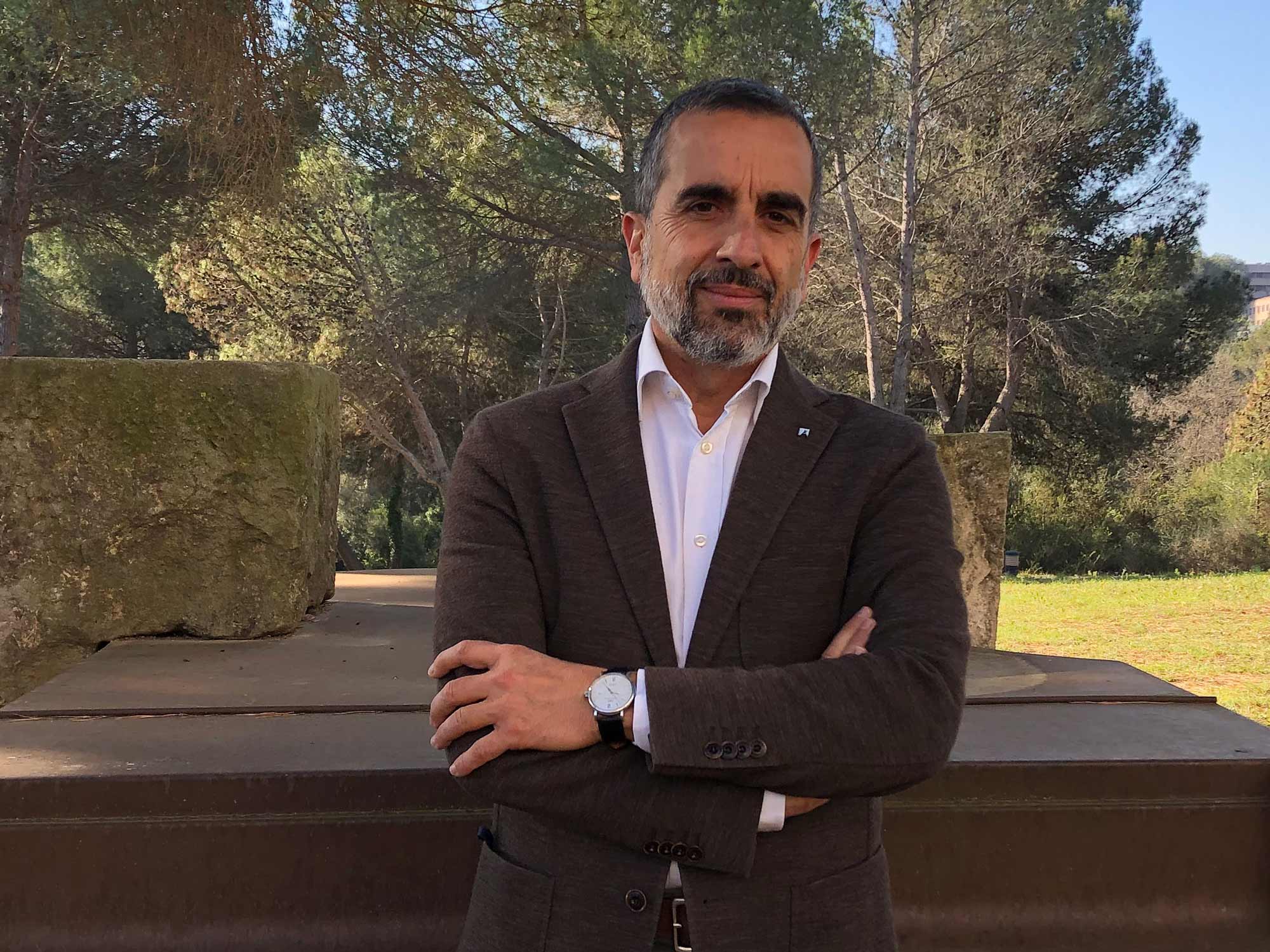 Màrius Martínez is the new president of the ECIU

Màrius Martínez, Vice Rector for International Relations at the UAB, will take over from Victor van der Chijs (University of Twente), who has been president of the ECIU since 2017. Martínez now will be in charge of directing the Board and the ECIU network, as well as leading the ECIU with its ambitious ECIU University into its next level of development, taking it beyond its initial phase conducted under Erasmus+ funding.

After being appointed president on 19 March 2021, Màrius Martínez affirmed that it will be “a true privilege and honour through the consortium's presidency to contribute to making a reality this process that is already so much more than a joint project. Our main active is a powerful and competent team who is doing excellent work in bringing to life a vision that is shared and upheld by all our members”.

As president, Martínez will play a crucial role in transmitting the ECIU University's 2030 vision, both internally among the consortium members, and externally to all stakeholders, and he will be working on accelerating actions. He also will seek to strengthen relations with the European Commission and other entities to make sure long-term funding is available for the ECIU University.  In this sense, he considers that “it is a crucial stage, since the first period of the EU funding we receive ends in three years and we must provide continuity to the ECIU University as stated in our ECIU University Vision 2030 document.”

As president, he will also act as liaison and unifier by working jointly with the members of the ECIU Presidium and with the Director of the ECIU University. In addition, he will receive the support of the ECIU Secretary General and of the head of the ECIU Brussels office when dealing with issues concerning the European Union.

Among the challenges already being discussed, Martínez points out the determination to “acquire a legal status for the ECIU University; find ways to balance out the dynamics of each university, of each country's legislation and of the European university; secure funding that can allow us to develop the shared activities and infrastructures, which will fundamentally be online; guarantee an agile, participative and sustainable governance, and continue to be and develop our character as leaders in innovation under the framework of higher education in Europe".

The ECIU, founded in 1997, is a consortium of 13 like-minded universities in Europe and one in Mexico to share information and knowledge about good practices and the challenges which each member faces with regard to university governance and cooperation with society. The ECIU universities share a history of fostering economic and social development in regions in transition. They were founded in regions where major industries such as textile industry, shipbuilding or oil industry had declined. The ECIU universities are the results of regional needs to have highly educated people for the future economy and in developing new industries.

The ECIU share common values and positions which enables the ECIU to influence the European agenda in the field of higher education cooperation policy and regional research and development.

The ECIU University is the largest European alliance of universities with a total of 12 members in 12 European countries. It is one of the seventeen international initiatives to be selected by the European Commission under its European Universities call of the EU Erasmus+ pilot programme, and received five million euros Erasmus+ funding. Lately, the ECIU University received an additional two million euros fund under the Horizon 2020 SWAFS call to strengthen its research component.

On 7 November 2019, the UAB played host to the official launch of the ECIU University, an initiative by the European Consortium of Innovative Universities which aims to become an innovative model in borderless universities capable of meeting both the demands of social challenges through innovative training and research proposals.