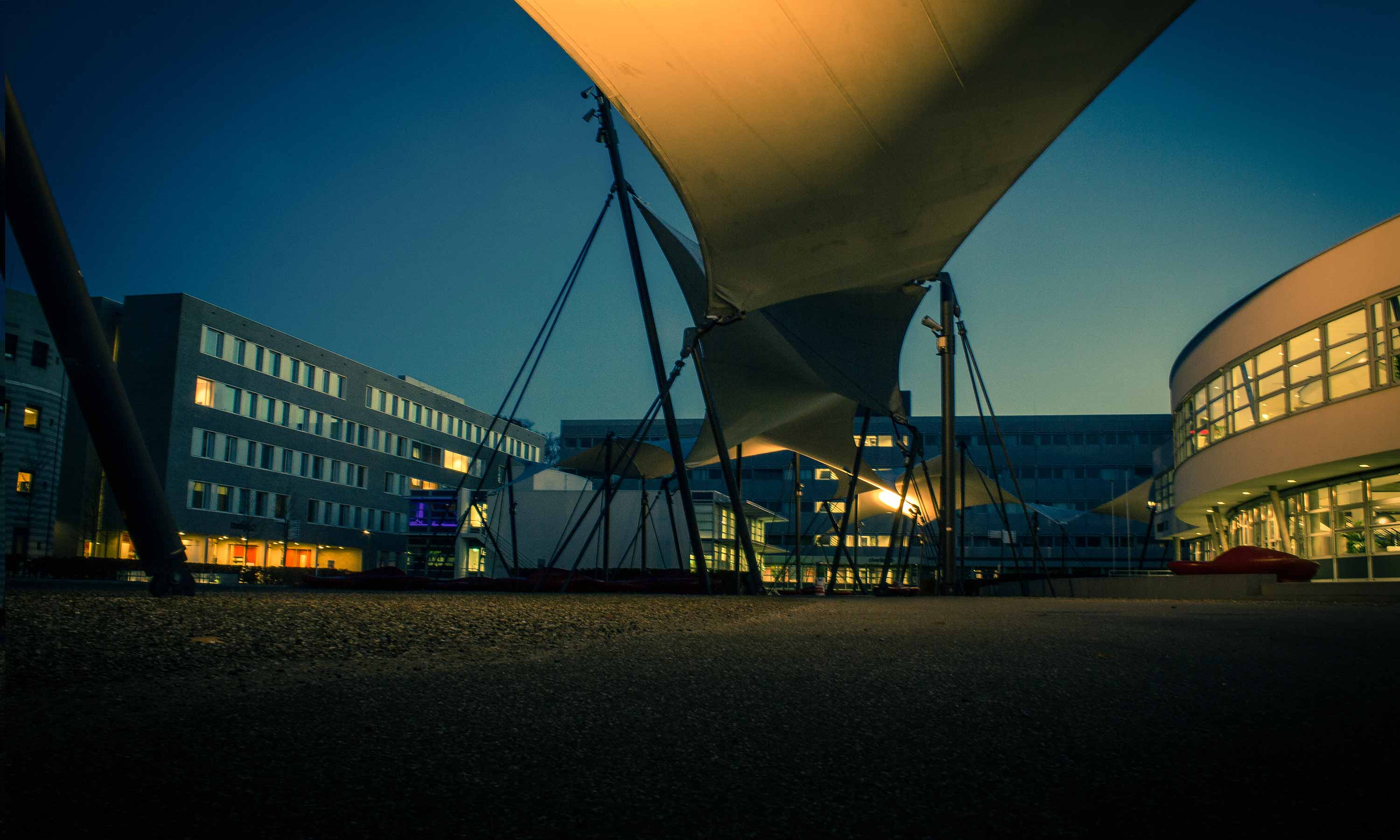 ‍The challenge? Redesign a bus from HAVI Travel BV that was rented out to by FC Twente for their away football games. How? Through Challenge Based Learning (CBL). Three UT students presented their ideas last Friday during the InGenious event in DesignLab.

The team that worked on the challenge was Bas Voogt (22, BSc Industrial Design), Laurens van Breda (22, BSc Applied Physics) and Trang Nguyen (IBA, Saxion). Their solution incorporated a hydrogen fuel cell as a battery for the bus. They  also added  screens on the exterior for flexible advertising. On top of the bus, solar panels made the verhicle a very sustainable initiative. ‘This project was my territory’, says Bas Voogt. ‘It was interesting to see my project mates struggle, but it was also very interesting to see how everyone had different takes on approaching a problem.’

The interior of the bus has interactive tables where the match could be discussed straight after the game and it has two bicycles so that players could exercise on long journeys. Laurens van Breda: ‘The hardest thing was the amount of freedom that we had at the start. That left us paralysed looking for what to do. But we soon learned that freedom also means responsibility and you need to make rules yourself to keep everything structured. After that, it was quite fun.’

Rik Platvoet, Ex Professional Football Player of FC Twente, on behalf of the company: ‘I really like the idea of the table. Feedback straight after a match is proven far more effective than two days later. Mostly also since we’re on the bus forty minutes after the game has ended, the game is still fresh in our minds.’ Voogt: ‘We just had a call with FC Twente the other day and they were really enthusiastic about our idea, so we’re excited to see where this leads.’

It is the second year that Raymond Loohuis (BMS and HTHT Module Coordinator) together with Wilbert Pontenagel (Program Manager at Novel-T) are bringing InGenious challenges to the UT. These are real-life social technical challenges that are brought forward by companies that promote challenge based learning for universities that are part of ECIU.

Out of the 50 students that were part the minor New Technology and Business Development, 15 students were selected based on their motivation letters to participate with three InGenious projects stretching over a period of three months. As HTHT minors consist of students from multiple disciplines, so did the three InGenious project teams.

The Challenge Based Learning (CBL) approach is very different to traditional educational models. Students learn by doing whilst experimenting with ideas and solutions in a collaborative manner, sometimes together with stakeholders and challenge providers. In this sense, CBL is a new way of learning where the outcome is just as important as the learning process.

Entrepreneurship has been part of the University of Twente’s DNA for over many decades: seeing opportunities where others don’t, taking risks when no one else would and setting up successful teamwork to achieve ambitious goals.